A few years ago I read Derren Brown’s book ‘Happy’, which he has now followed-up with, ‘A Little Happier’. 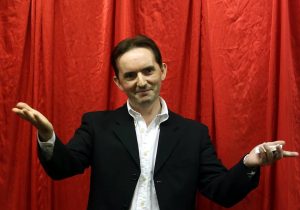 In the original book, Derren speaks of his views on the subject and perils of living forever. In a nut-shell, Derren believes it would be awful living your life knowing that someday your life will not end. He argues that things would become meaningless, there would be nothing more to achieve, ultimately, we would become bored with life.

While I am sure Derren is correct in his thinking of the subject, it is interesting how far humans go to avoid death and dying. Paradoxically, nobody wants to die, but nobody wants to live forever. (When I say nobody, obviously there are many exceptions).

For example, we go to many lengths to avoid death; We allow ourselves to be ‘Locked-down’ which severely restricts our freedom. We have allowed the economy to be decimated, killing people’s businesses, livelihoods and reasons for living. We have allowed tremendous National debt to be raked up that generations will be paying off for hundreds of years. We have allowed socialising to seize which is important for our mental health and facilities. We have accepted wearing uncomfortable masks which affects our breathing and makes it more difficult to express ourselves and communicate.

In short, we have gone to extraordinary lengths, made extraordinary sacrifices to our happiness, to our lifestyle, to our wealth and careers (and even more so those in the entertainment industry), all in the name of avoiding death.

When pushed, it really boils down to people not wanting to become infirm, lose their facilities or becoming too dependent on others, as longs as we have our freedoms, heath, mental facilities and purpose then why would we want to die? In fear of repeating myself, it is interesting we have freely given up many of the above reasons in the name of saving lives.

It is an amazing experience being alive and having the skills we have. In fact, there is seemingly no limit to the skills we can develop, the experiences we can have and the opportunities we can create for ourselves.

I think Derren is correct, there will be some point when you feel you have achieved everything you would ever want to achieve and there is nothing more for you to do. But, wouldn’t it be better if we could decide that date for ourselves rather than it being decided for us..?

So maybe the question should be, how long would you ‘like’ to live (assuming you still have your health and facilities etc…), 80 years? 100 years? 200 years? 1000 years? 2000 years? Or as Queen eloquently said, Who Wants to live forever?

PS, Apologies to Derren Brown if I have misrepresented any of his work or views.

I was lucky enough to be booked for my first ‘show’ since March and it was a lot of fun but another steep learning curve. 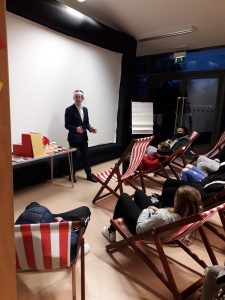 It’s amazing what challenges life throws at us on a daily basis and all that really matters is how we respond to them. We do tend to spend a lot of time worrying about things that are out of our control and probably too little about things we can control…
These are very challenging times and most people’s lives and routines have been turned upside down. The entertainment industry has been decimated and many performers I know are really struggling with many aspects of the situation.  However, many have used this as a new opportunity to try other things like Zoom and online shows, creating new material or learning new a whole range of new things… These are the things we can be in control of.
Not only that, but having something positive to focus on, on a daily basis can be really good for the soul.
The ‘new’ current safe way of performing..? Who knows.
Here’s a nice review from a rare performance on 28th October 2020…
“The Impossible Mr Goodwin was very professional throughout his performance paying special attention to restrictions due to COVID.
Our young people and staff thoroughly enjoyed the performance. The Impossible Mr Goodwin had considered what young people were worried about in day to day life and worked this into the show.
We will certainly book again if we are arranging a similar event.”
Thanks to Karen and the team at Creative Optimistic Visions, Coventry for making it such a great day for everyone. Not easy to do in these very challenging times.